NOOOOO How Safe Is Veracruz Mexico?

Mexico is home to several incredible sights and cities to visit. There are culturally significant cities here with buildings far older than anything you'll find in the United States. However, before you come out to visit, there are safety warnings you need to keep in mind. Whenever you travel outside of the United States or your home country, you need to do what you can to stay safe and to know the potential dangers. As long as you do this you will enjoy yourself while visiting Veracruz Mexico.

Quick Navigation
Is Veracruz Mexico Safe?
A Poor State
Be Smart
Tourist Area
Why Travel to Veracruz?
Seaport
Municipal Palace
Forts around Town
Food
What Is There to Do in Veracruz?
Conclusion 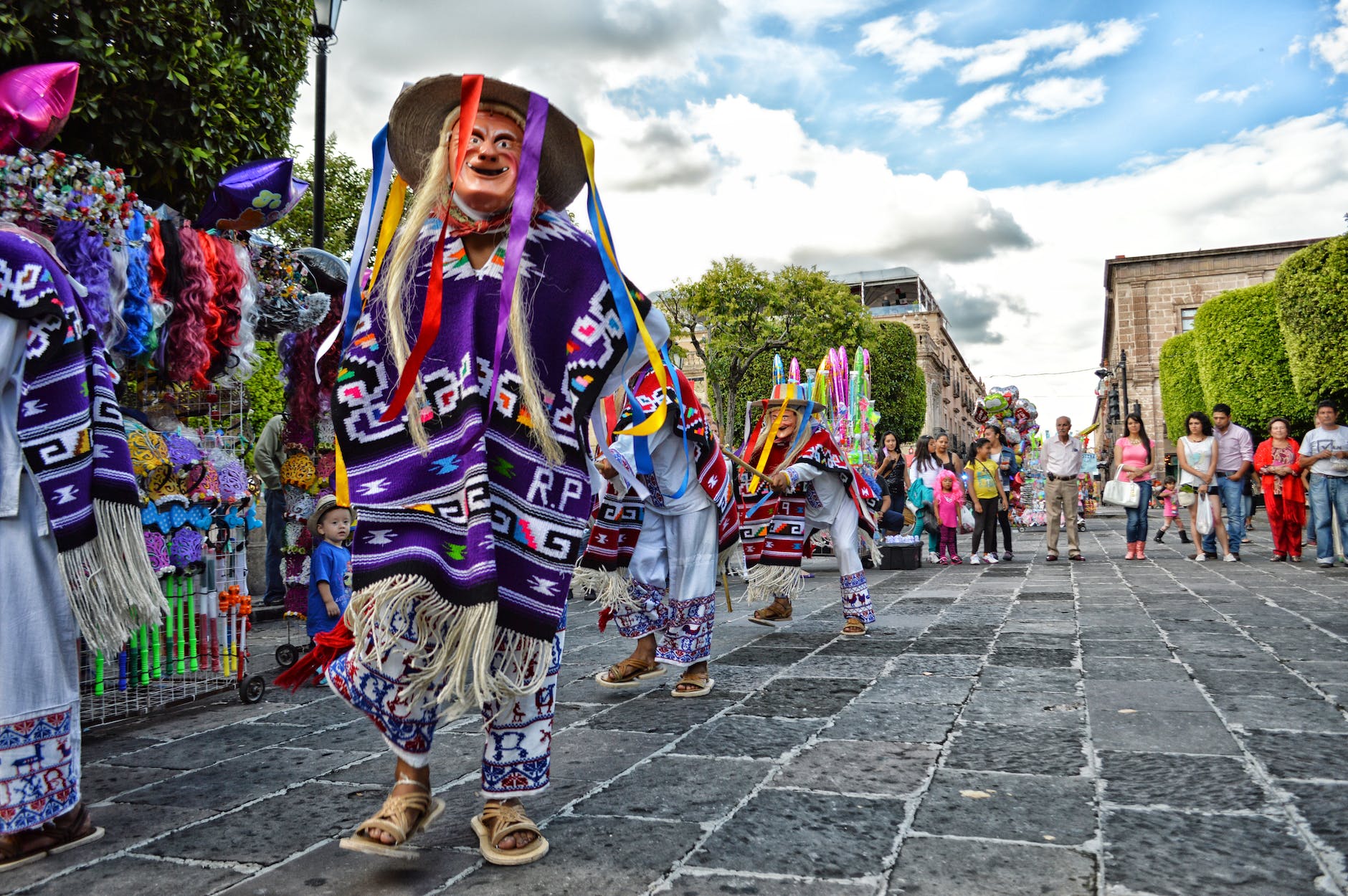 Before you travel anywhere one of your first questions is likely if the city is safe. If you're considering a trip to Veracruz Mexico, this is a top concern. There are issues in Veracruz Mexico you will not find in the United States and in other regions of the world, but that doesn't mean it is necessarily dangerous to you, as long as you are smart about it. 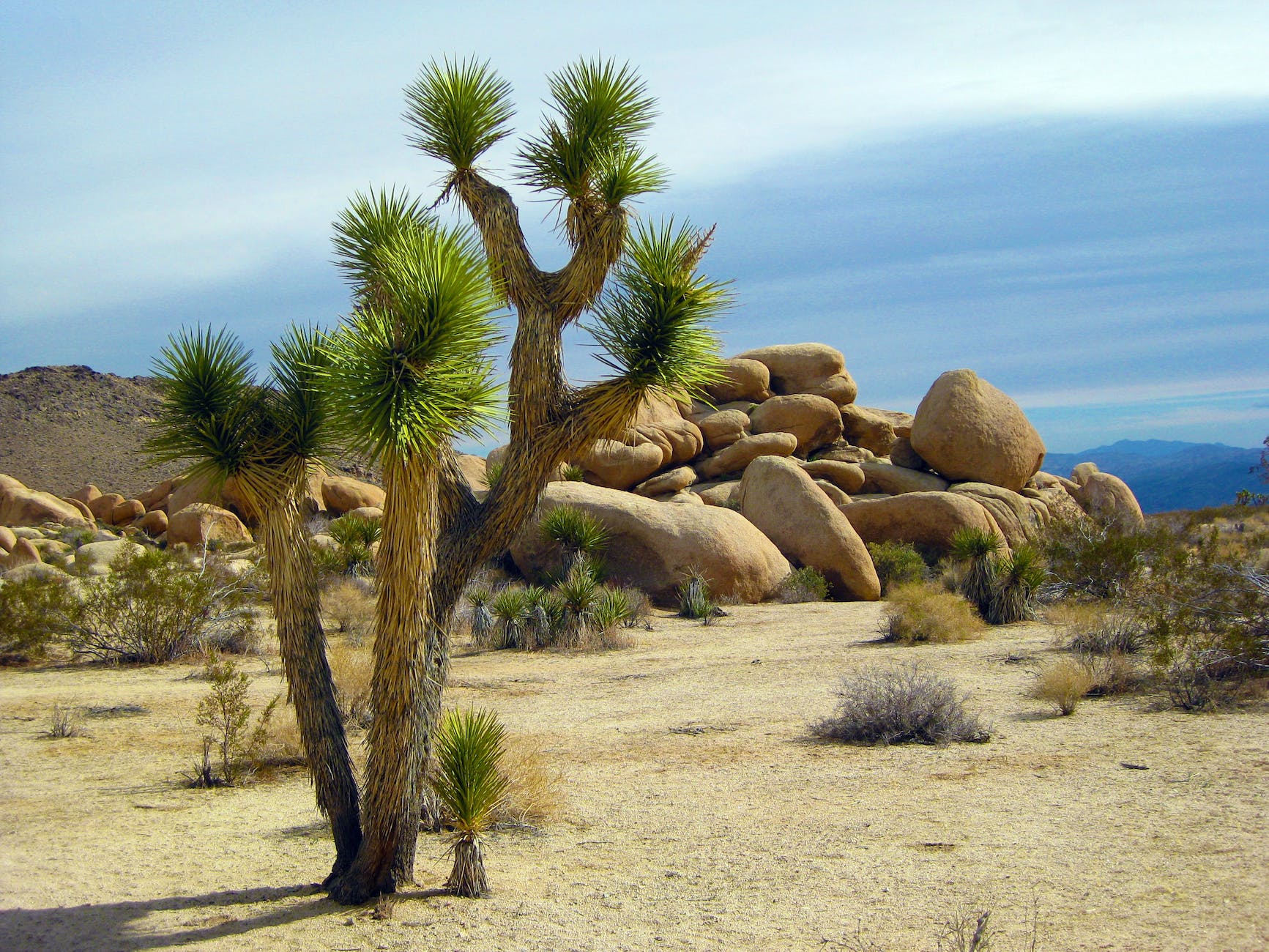 Mexico is a third-world country. While there are world class areas in Mexico there are still pockets of areas that are incredibly poor and struggle with basic government services. Veracruz Mexico is one of the poorest states in the entire country. However, wealth in Mexico is relative. Chances are when you're visiting Mexico, outside of Mexico City, Guadalajara, several tourist destinations and the occasional large ranch, you will have more money than nearly everyone in town.

Even if you don't have more money, you will be perceived as wealthier because you are an American. So while Veracruz is poor you will almost always be looked at as someone with more money.

Now, just because you are perceived as someone with more money does not instantly make you a target for financial gain. For a time, kidnapping did become a form of exploitation in Mexico. However, kidnapping almost exclusively targeted Mexican citizens. There is no desire to get the United States government involved with any kind of petty cash desire, so while you may have read about kidnappings in certain areas of Mexico, this has little to do with American citizens, so you don't need to worry about this.

As long as you are not flashing wealth you will avoid most theft and robbery problems. Do not wear jewelry about and if you have a purse, make sure it is worn around your neck and not dangling from one shoulder. This makes it easier to pick-pocket. 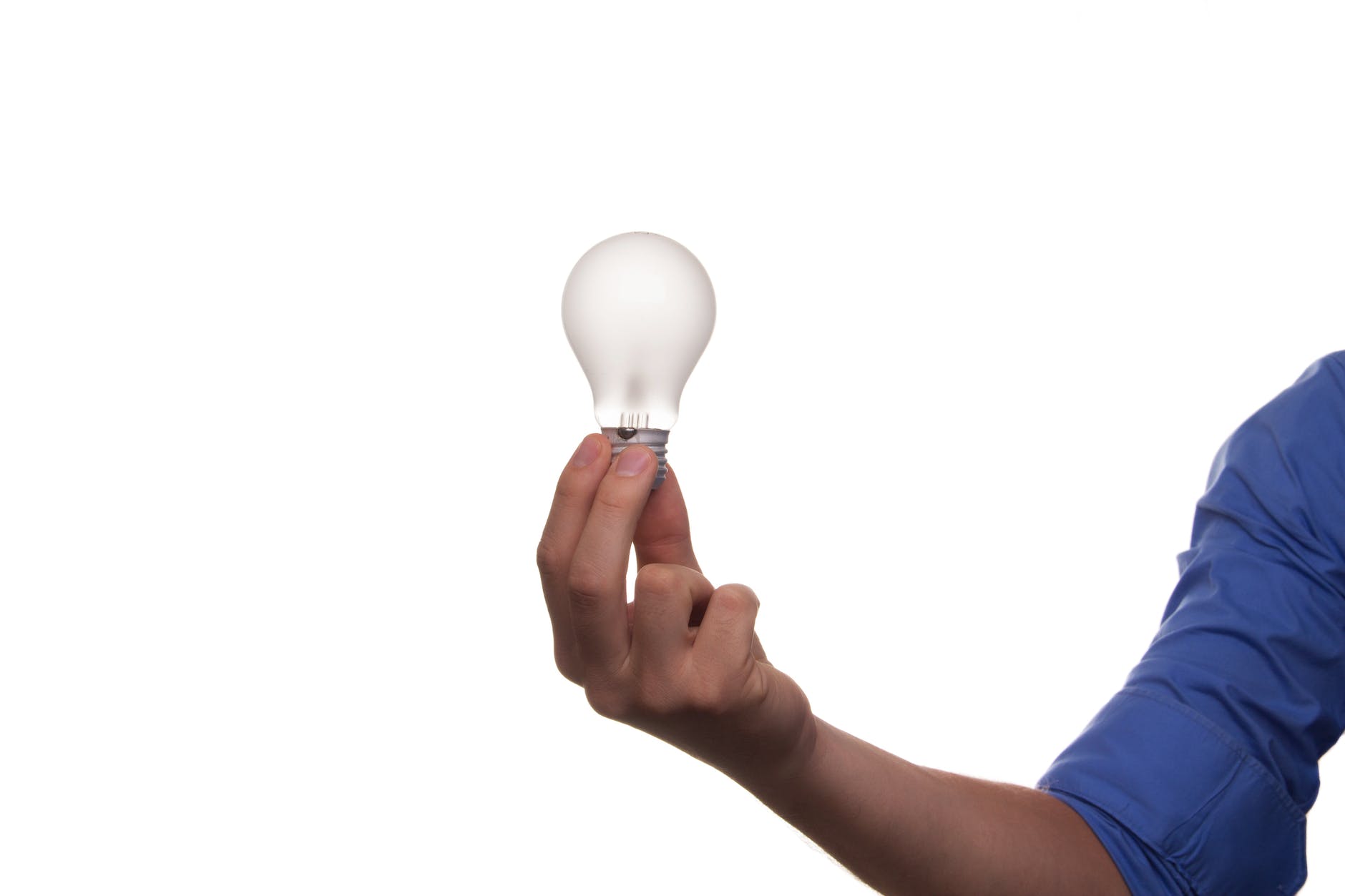 Most robberies can be avoided. Do not walk alone at night and always stay in well-lit areas. If you are at a bar and it is nighttime call a cab (and only get in officially marked cabs). As long as you are smart about your stay and how you act you will avoid robbery issues or having your pocket picked.

You need to be careful with children. You're more likely to be robbed by a group of children than by adults. Children work in teams with some distracting you while others snag your wallet. So if kids approach you it's fine to talk with them, just make sure you know where your valuables are. 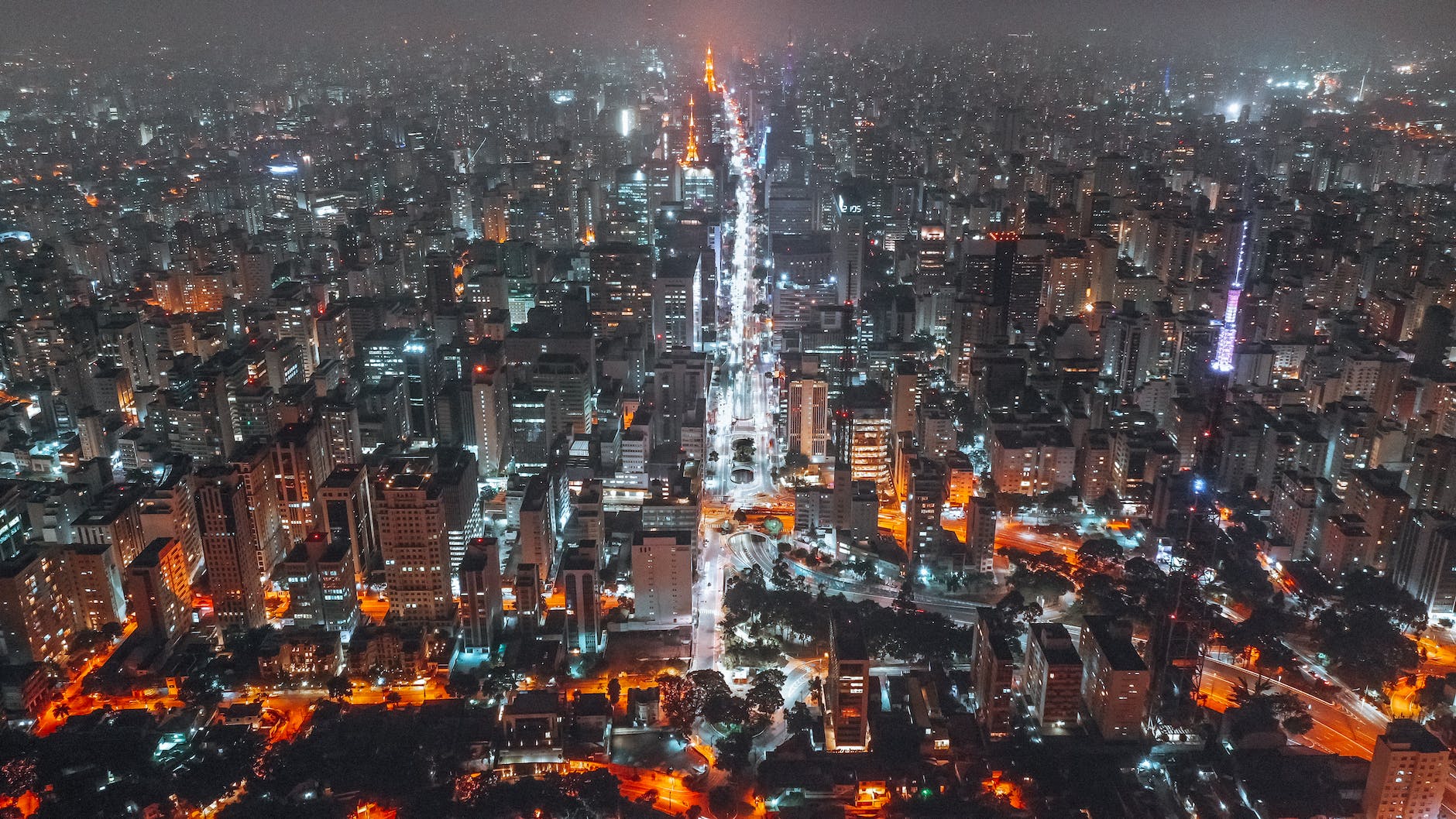 Getting outside the tourist area is recommended. You'll experience more of the local culture than if you stay in your hotel or only book tours through your hotel (these are more expensive as well). With that said if you're interested in visiting Veracruz Mexico but don't want to deal with theft issues, then, by all means, stay at all-inclusive hotels where you can book day trips through the hotel. Only do what makes you feel comfortable and safe. If this makes you feel comfortable and safe, by all means take advantage of this method of travel.

Why Travel To Veracruz? 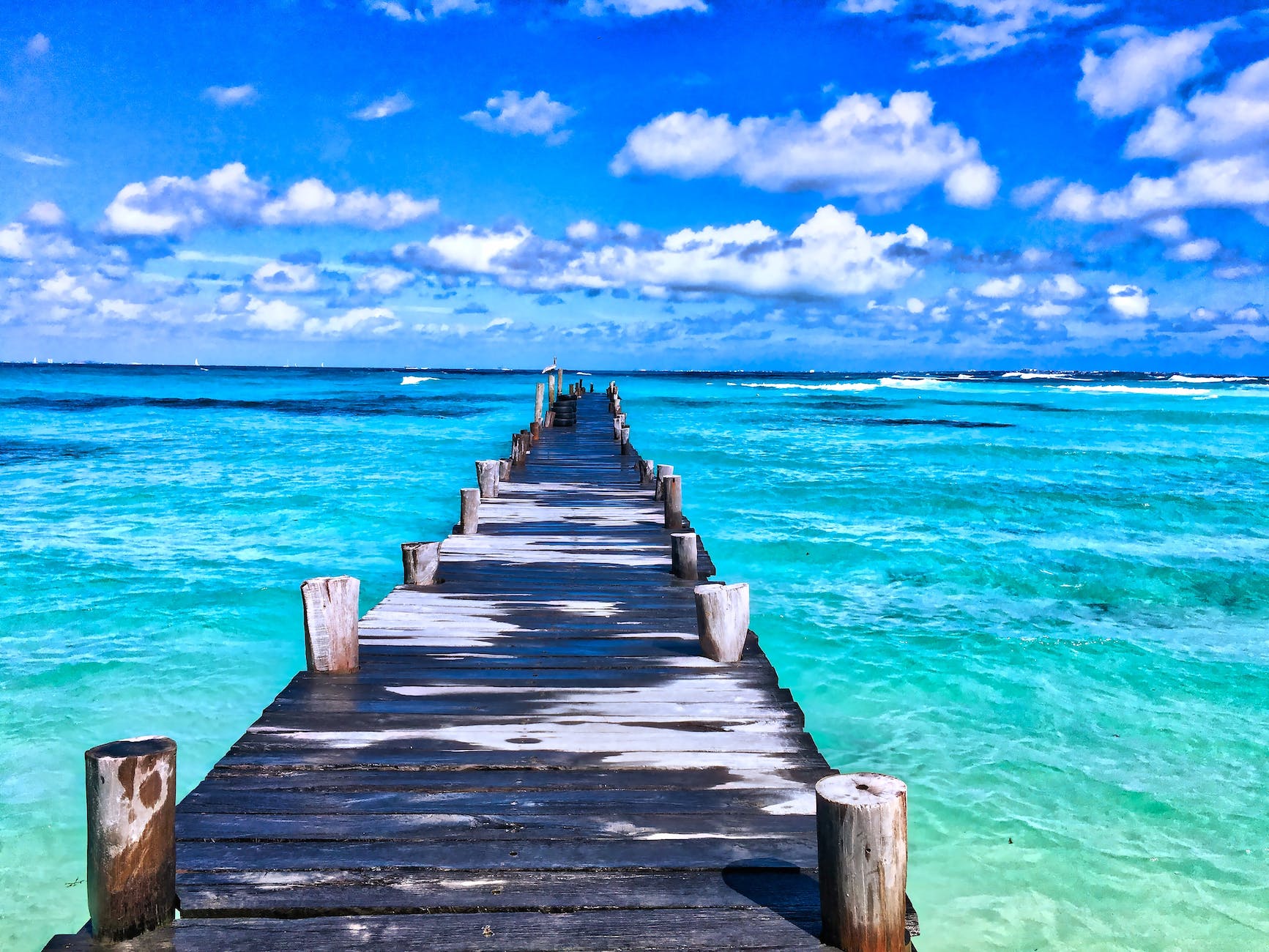 Veracruz Mexico is a beautiful city overlooking the Gulf of Mexico. The state of Veracruz is a strip of land that follows the central to the southern curve of the Gulf. The city is also full of history. One thing to know about Mexico is that the architecture changes, often drastically, based on where you are located. This is because while the Spanish moved through the region, there are a number of varying European architectural styles you'll find as well. So whether you're a fan of experiencing new cultures or taking in historical sites, Veracruz has much to offer.

Veracruz has long been one of the most important seaports in all of Mexico. Due to its location and significance, you will find varying cultures coming together here. This includes not only cultures from Caribbean island nations but also from Africa and Italy. You can find highlights of cultural significance around the port. The port complex also features beautiful architecture and green walkways.

The Municipal Palace is the crown jewel of the city. As you walk past it, you'll instantly feel as if you're in a European city. In fact, it first went up in 1608, making it older than nearly any construction you would find in the United States. It received an extensive renovation 100 years later, using a Baroque style of architecture.

Due to its importance as a port city, there are several forts constructed around town. You will find the San Juan de Ulua fort here, which takes up around 2,500 meters of beachfront on an island right off the coastline. The fort has been protected by Mexico since the 1580s although it remained under almost continual construction until the early 1700s. The Spanish held onto the fort until 1825 when they transferred it over to Mexico. If you're interested in United States history, this was a major fort used while defending Mexico from invading United States forces during the Mexican-American War.

The Mexican-American war is an interesting bit of historical significance that has influenced the United States' stance on its presence in the Western Hemisphere and its interactions with Central and South American nations.

Not far from the fort but on the mainland is a monument to soldiers that defended Veracruz City in April 1914 (by this time the United States had given the fort back to the Mexican government).

If you're looking to visit Veracruz Mexico, you owe it to yourself to try the local food. Much like in the United States, food changes significantly between regions, so the Mexican food you are used to will probably taste much different here. In southern Mexico, eating corn tortillas is a way of life. The use of flour tortillas started in northern Mexico, so if you have not had fresh corn tortillas with your Mexican food you are in for a real treat.

Beyond using corn, squash is a staple ingredient. You'll also find more herbs, almonds, and olives used in the food than what you might in other regions of Mexico. If you're familiar only with the Tex-Mex style of Mexican food, then this will differ completely from what you're accustomed to.

What Is There To Do In Veracruz?

There is much to do in Veracruz Mexico. One thing you need to know is that while the city is on the Gulf of Mexico, it isn't a beach town. The coastline is mostly rocky here and, with the city serving as a port, the water is churned up from boat movements, which gives the water a brownish look due to the continual movement of sand in the water.

As it isn't a beach town (you can follow the Gulf out to the Yucatan, which will provide you with more beach opportunities), you will want to focus on cultural visits. The combination of unique Mexican food and the historical significance of the merging of cultures makes Veracruz Mexico a great place to visit and to take in.

Due to the fact that there aren't many beaches around the area, you likely will not stay around Veracruz for longer than a few days. It is best served as a stopover destination on a longer vacation. Spend a few days here and then move on to your next destination. However, you will always find something to do and, at the least, the combination of Cuban, African, and Mexican cuisines gives it an eclectic flair you will not find anywhere else.

Whenever visiting a different country it is important to know whether it is safe and what to expect. Mexico is a third-world country so just about everywhere you visit you will look wealthy. However, that doesn't mean you need to worry about potential theft or other dangerous situations. As long as you play it safe and are smart about what you do you will probably not have any problems.

Veracruz Mexico is not a wealthy city, nor is it a major tourist hub, but to take in local culture, experience new types of Mexican food, and to discover a new way of life you may not have realized existed, Veracruz Mexico is well worth a visit, even if it is only for a day or two.