7 Cool Things To Do In Loreto Mexico

Loreto Mexico is a pleasantly small and quiet fishing village beloved by locals and tourists alike for its turquoise water beaches, amazing sea life, beckoning desert mountains, and historic Spanish missions. The best time to visit is any time, really, as the coastal city receives abundant sunshine throughout the year. Many prefer to visit in October, though, when it's not so humid and prices on airfare and accommodations drop. The peak of whale watching season is in the spring, but you can still spot a blue whale during other times of the year.

Daily flights from California to the Loreto International Airport are available, so a trip to Loreto is easy and convenient for most Americans.

Quick Navigation
Why Choose Loreto Mexico?
What Are 7 Cool Things to Do in Loreto?
Whale Watching
Sport Fishing
Relax on the Beach
Tour the Missions
See the Ancient Cave Paintings
Get Out on the Water
Enjoy the Local Cuisine
Conclusion

If you're looking for an exciting nightlife or celebrity sighting, don't go to Loreto Mexico. You're better off in nearby Los Angeles or Cabo San Lucas. That is why Loreto Mexico, AKA "Pueblo Magico" (Magical Town), is so special. People come to Loreto to relax versus revel, and to explore the deep sea ocean versus people watch from a beach towel.

Loreto also makes for an affordable getaway, with accommodations available for around $-$$ a night and tasty, local meals costing around $-$$. But Loreto doesn't just have a pretty beach and tasty food. It also has a long, rich history and an incredible variety of sea life, including blue whales, to get to know.

What Are 7 Cool Things To Do In Loreto?

While Loreto Mexico makes for a nice laid-back contrast to the frenzied Cabo party scene, that doesn't mean the only thing to do is laze around on the beach. In fact, the total opposite is true. Deep sea fishing, whale watching, kayaking, paddle boarding, snorkeling, scuba diving, mountain biking, hiking, and golfing are all go-to activities in Loreto. If you're considering a Loreto vacation or already have one booked, here are seven cool things to do: 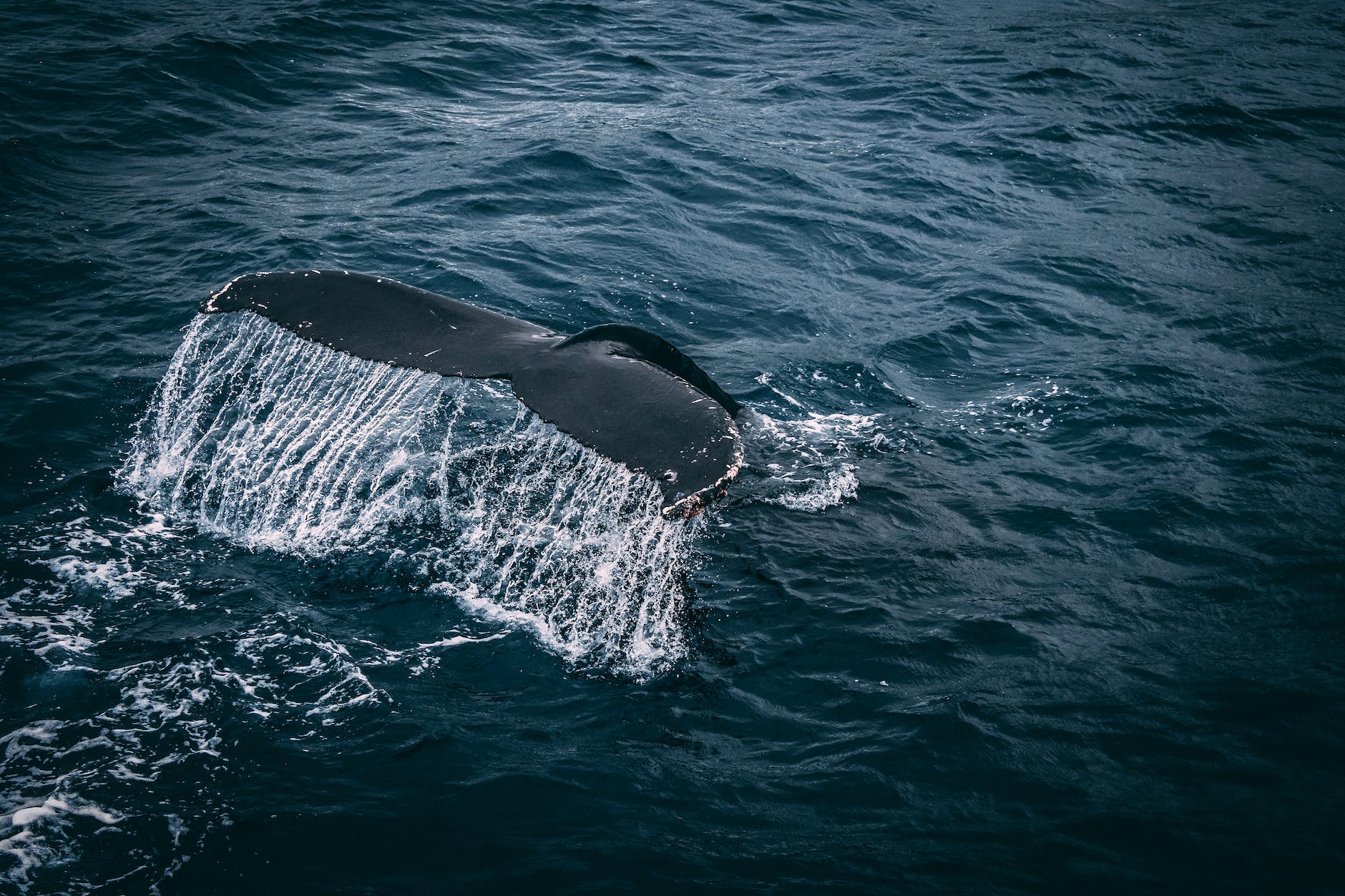 French explorer Jacques Cousteau once called Loreto Mexico "The World's Aquarium," and it's no wonder. Loreto sits right on the Sea of Cortez, which provides a peaceful home to a diverse and beautiful collection of sea creatures. One reason for this is that the Sea of Cortez is a breeding and birthing ground for migrating blue, gray, and humpback whales.

The star of the show is easily the blue whale though. After all, blue whales are the largest living creatures on Earth! The best way to see these massive, majestic beasts up close is to go on a guided whale watching tour anytime from February to March. Loreto Sea and Land Tours, Wild Loreto, and Desierto Mar Y Aventuras are just some of the companies that offer guided whale watching tours. When you are out on the ocean, keep an eye out for all kinds of other marine life, too. Sea animals such as dolphins and manta rays are also known to make appearances. 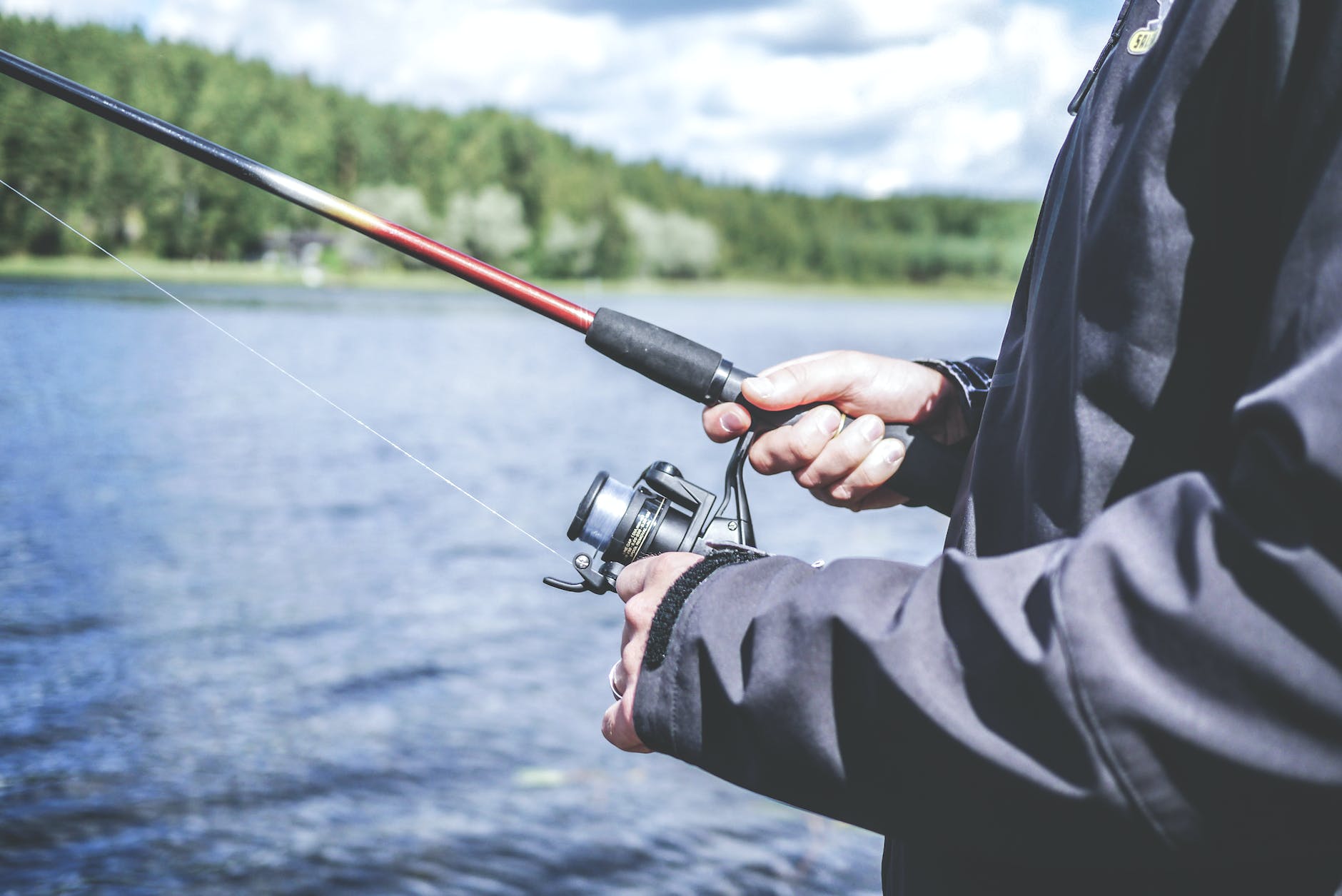 Fishermen in Loreto Mexico are some of the luckiest in the world. The Sea of Cortez, aka the "Gulf of California," is brimming with over 900 species of fish, like prize marlin, dorado (mahi-mahi), tuna, roosterfish, sea bass, snapper, sailfish, sierra, and amberjack. Many well-rated fishing charters can facilitate your angling adventure, including Outpost Charters, Loreto Coastal Expeditions, Glass Bottom Boat, and Wild Loret. As an added convenience, some local restaurants have chefs on hand who will prepare whatever you catch.

Fishing in Loreto is a year-round activity, but certain times of year favor certain catches. For example, tuna is most bountiful in the winter, while snapper is common to catch in the summer. Do not forget to get a fishing license and study up on all the local rules and regulations so you don't over fish.

Relax On The Beach 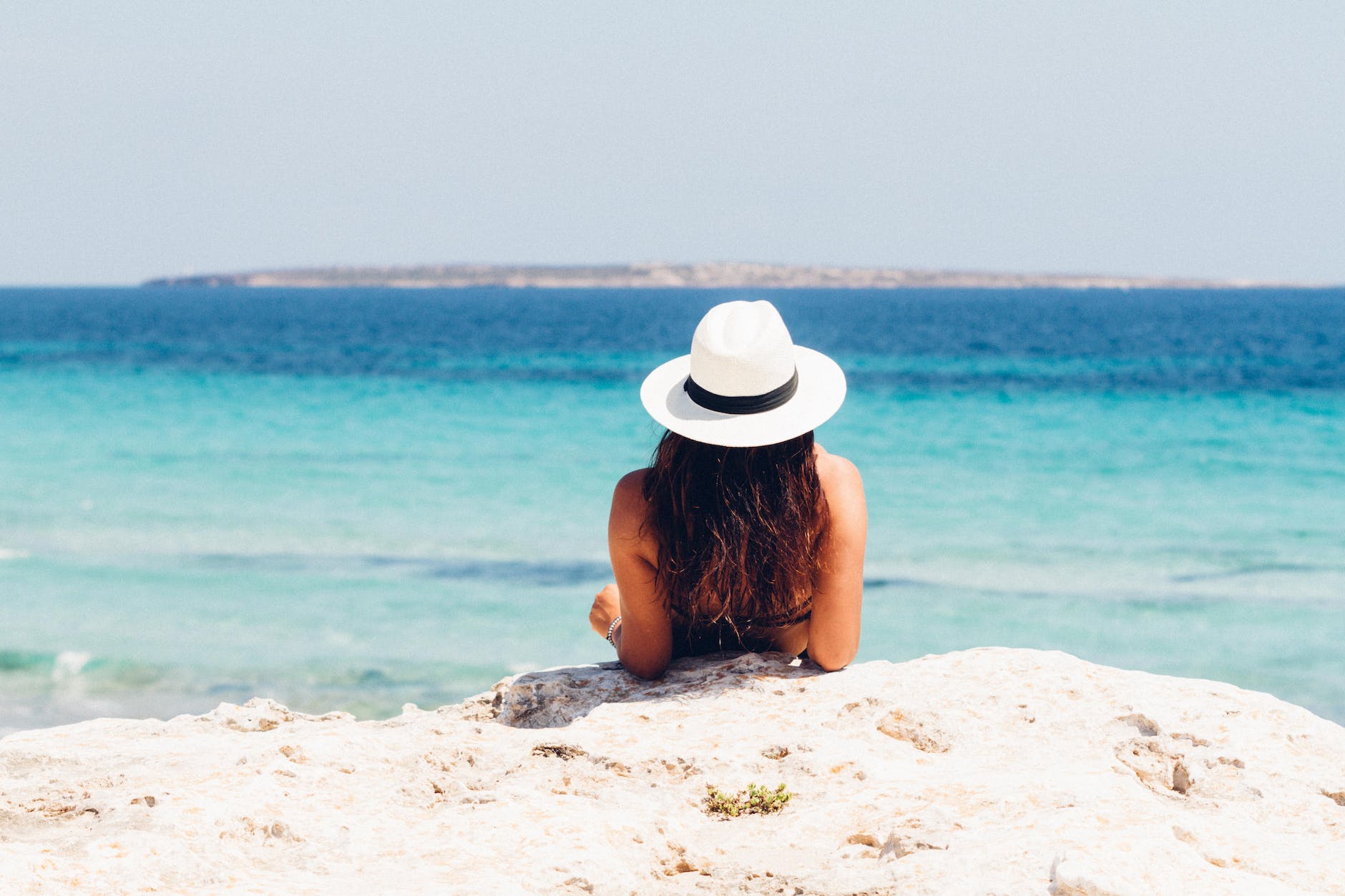 Loreto Mexico is still somewhat of a best-kept secret, with the Spring Break crowds and high-rise condos still contained to nearby Cabo San Lucas. You can go for a quiet, dreamy stroll down Loreto's beach promenade, the Malecon, and enjoy sparkling ocean views along with opportunities to shop for affordable local art and handcrafts. And, naturally, it's easy to kill an entire day (or two or three) just lounging around on Loreto's white-sand beaches, which offer direct access to the clear, blue-green, postcard-worthy waters of the Sea of Cortez.

All you need to unwind is a beach chair, and maybe a good book. In between sunning and swimming, don't forget to keep an eye out for the occasional whale or dolphin fin! For a real treat, stay at the luxurious Villa del Palmar Beach Resort & Spa, which boasts a 20,000 square foot turtle-shaped pool, golf course, bar and lounge, and spa.

Loreto Mexico is the oldest human settlement on the Baja Peninsula, so it has no shortage of fascinating history to explore. In 1697, Jesuit Juan María Salvatierra established the area as a mission, and the Mission of Our Lady of Loreto (or "Misión de Nuestra Señora de Loreto Conchó" in Spanish) was built. Today, you can still visit the gorgeous, stone church, which is considered to be the "Mother of Missions" and is part of El Camino Real (the Royal Road), a famous road connecting 21 Spanish missions in California. 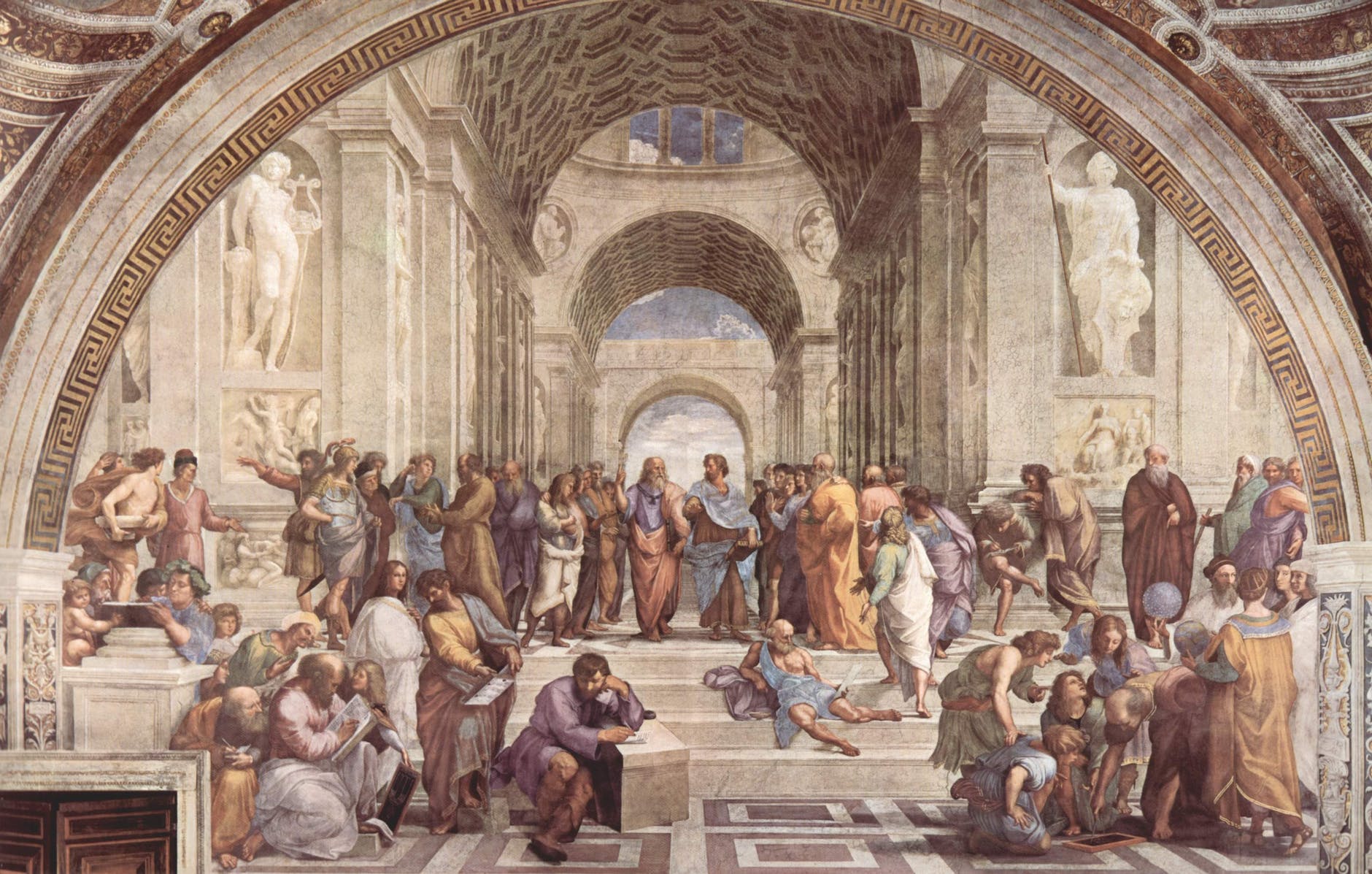 The Spanish missions provide a lovely glimpse into what life was like back in the 16th and 17th centuries, but if you want to take an even bigger step back in time to around 1000 B.C. and 1300 A.D., you can do that, too. However, you must find a tour guide first. Loreto's desert environment has done a great job of preserving the amazing ancient rock carvings and paintings of the Pinguica Mountain Range, but casual sightseeing is not allowed.

Loreto's ancient petroglyphs and pictographs can only be viewed up close on a guided hike or mule ride. That's right, a mule ride! Baja Cave Painting Tours by Mule offers multi-day trips with meals included. The journey up the Pinguica Mountains is very worthwhile, with just as many things to see and snap photos of as the ancient cave paintings and carvings themselves.

Get Out On The Water 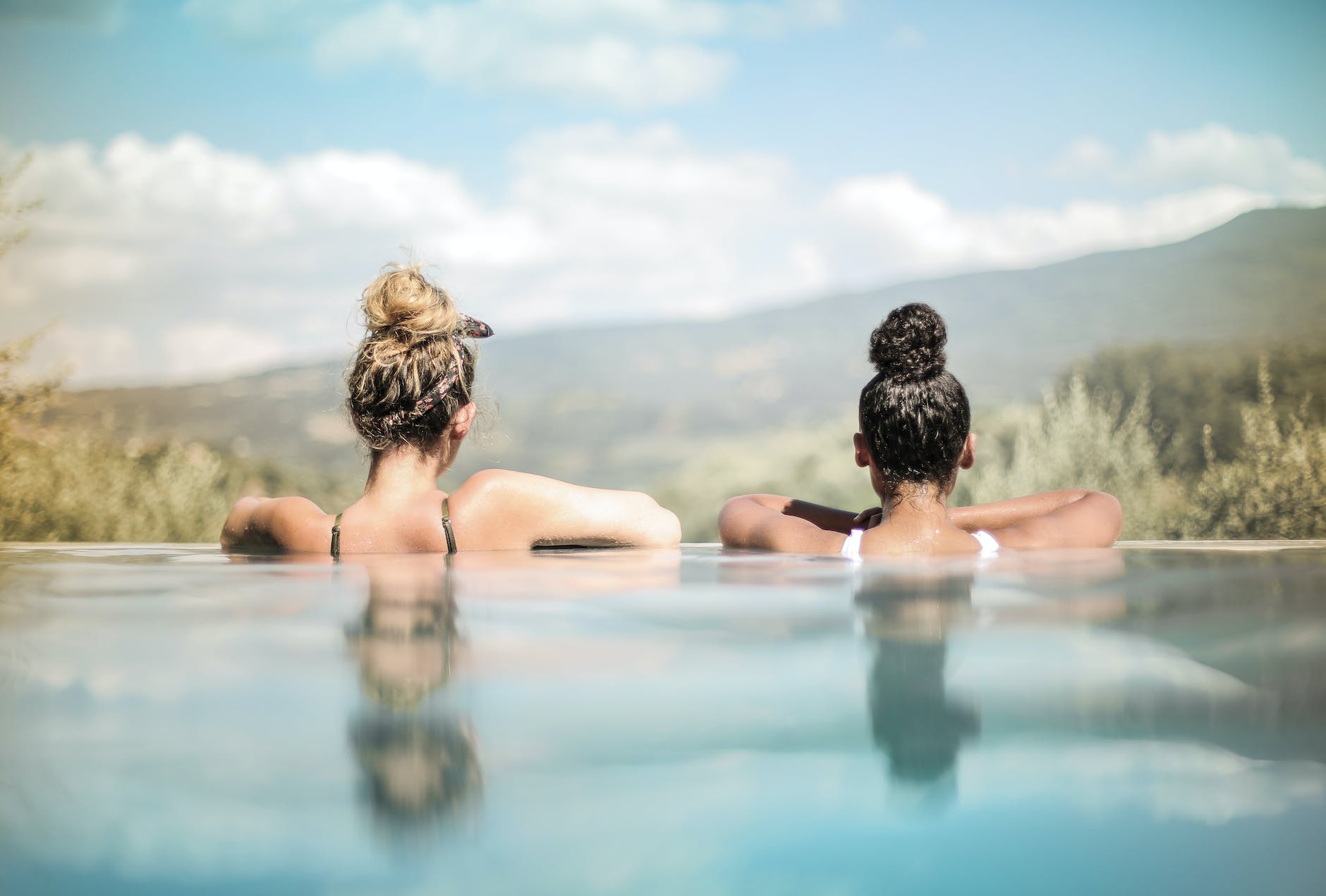 While Loreto Mexico is great for beach bums, it's also a magnet for more adventurous types. Sea kayaking, stand-up paddle boarding, snorkeling, and scuba diving are very popular activities in Lareto, thanks to the still, easy-to-navigate waters and boundless marine life of the Sea of Cortez. Kayaks, paddle boards, and snorkel and scuba gear are all easy to find in Loreto, and tour companies, like the Islands of Loreto Bay Kayak Tour and Sea Kayak Adventures, are also on hand for the inexperienced.

For an underwater adventure, don't miss the Loreto Bay National Marine Park, which has a reputation for dazzling snorkelers and scuba divers. Chances are you will make some unforgettable animal encounters during your visit to Loreto Mexico, perhaps with a manta ray, dolphin, blue whale, giant but gentle whale shark, school of tropical fish, or all of the above!

The food in Loreto Mexico is as flavorful as it is affordable. Though Loreto has upscale dining options, you can manage to eat every meal for $10 or less if you want. And you won't regret it, either! From traditional chips, guacamole and salsa to seafood favorites like chocolate clams (or "almejas chocolatas" in Spanish), it's easy to satisfy your appetite in Loreto, a quiet, small beach town with a surprisingly large number of top-rated restaurants to consider.

Get breakfast at Pan Que Pan, try the Baja apple pie at Sabor! Restaurant, indulge in chocolate clams at Domingo’s Place, or go for some authentic Spanish food at Mi Loreto. Thirsty? Blend your own margarita at the Giggling Dolphin Restaurant & Boat Bar, or order a delicious, craft beer at El Zopilote Brewery & Cocina. Finally, don't forget that if you catch some fish, you can take it to a local restaurant and have the chef prepare it for you.

We give Loreto Mexico a 4-star rating for promising a peaceful, affordable, and well-rounded beach getaway with equal appeal for the history buff, foodie, and nature lover. For beach lovers who live in busy Los Angeles, Loreto Mexico is an especially appealing destination, as it is easy to get to but feels refreshingly far away from the hustle and bustle of the city. Even better, it forces one to slow down and take a step back to a simpler time and way of life. However, for the tourist seeking nightlife, entertainment, endless shopping, and nonstop activity and attractions, it leaves a lot to be desired.